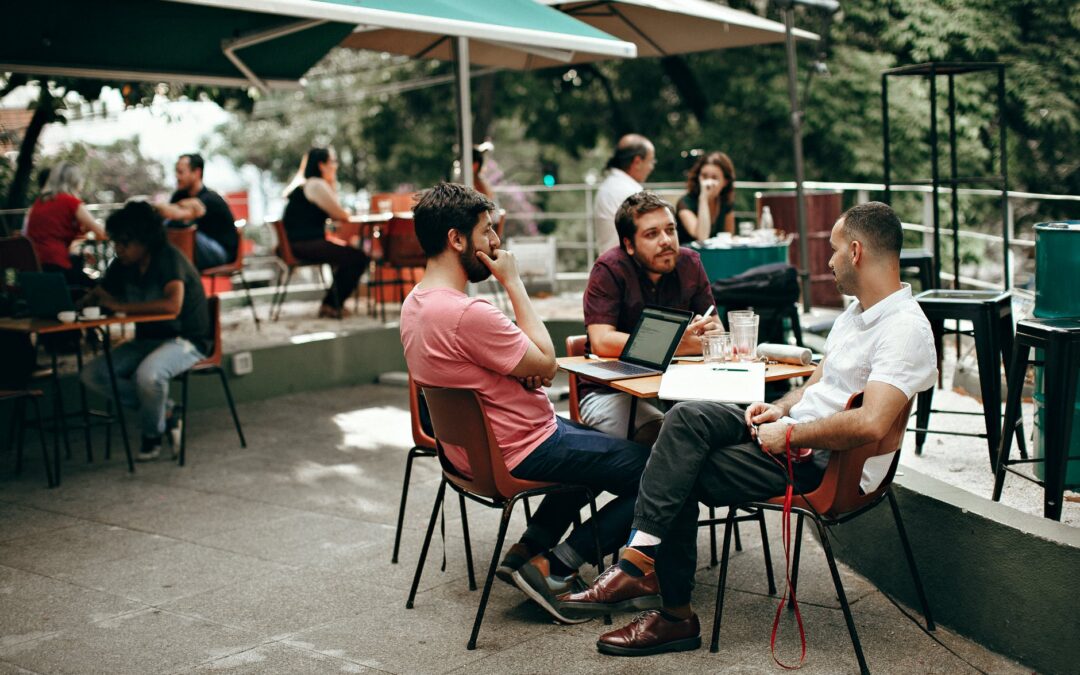 You’re at a networking event where everyone is talking, laughing, exchanging contacts. And you’re standing off to the side thinking, for the hundredth time, “I can’t hold a conversation.”

If this is you, then you’ve come to the right place! By learning the reasons why you think you
can’t hold a conversation, you’ll be one step closer to improving. In fact, you’re probably a
better conversationalist than you think!

The “I can’t hold a conversation with anyone” mindset

We all love having deep and interesting conversations. Maybe you think if it’s not interesting,
it’s not worth your time, or theirs. If uninteresting discussions make you think, “I can’t hold a
conversation,” then your mindset is blocking your ability to produce social results.

Starting a conversation is hard. For example, the meaningless chit-chat, the awkward pauses,
and the painful small talk might make you question “Why can’t I hold a conversation?” The fact
of the matter is, though, that those aspects often lead to deeper conversations.

Or maybe you’re at a party and think you need to say something intelligent or funny to be
heard. Your mind goes blank and you say nothing. The mental pressure of trying to be “cool” and
“witty” is holding you back from even holding a conversation.

Both of these are examples of unhelpful mindsets to have when approaching any new social
situation. They hinder your ability to hold a meaningful conversation. By being aware of your thoughts and checking them at the door, will allow you to be a part of more social opportunities.

Social anxiety and social awkwardness can prevent a good conversation

The negative mindset you have can stem from a lot of things, including social anxiety or social
awkwardness. Do you ever think:

A 2008 study, published in the Journal of Anxiety Disorders, attempted to uncover how social
awkwardness, and diagnosed Social Anxiety Disorder (SAD), can affect social interactions.

The study concluded that individuals that felt socially awkward (but didn’t have SAD), generally
performed significantly better than they thought they did. They might have thought “I can’t hold a conversation,” but others disagreed. It’s like giving a speech that you stumbled through, but
the message still came across in the end.

On the other hand, people with SAD were found to have social performance deficits – gaps in
their communication skills that limited how they interacted. In this case, holding a conversation is
actually very difficult. It’s like giving a speech without knowing the subject, or the audience.

Luckily, whether you have SAD, or just feel socially awkward, all hope is not lost. By learning
ways to hold a conversation, you’ll become better equipped.

You haven’t learned the right skills … Yet

To learn how to improve your conversational skills, Check out our 9 Powerful Tips on How To Hold A Conversation.

Conversations, like any other skill, is something that you learn. Saying, “I can’t hold a
conversation,” is a lot like saying “I can’t ride a bike.” It’s not doomed to be true forever. By
learning what works and practicing, you’ll go from asking “why can’t I hold a conversation?”, to
wondering, “What was I so worried about?”

Here’s a video from our course that talks about how you can start conversations.

Conversations are one of the best ways to connect with others and build quality relationships.
But going into any social situation with a negative mindset can prevent you from keeping the conversation going and make lasting connections.