I hate talking to people: 7 Reasons Why and How to Overcome

“I hate talking to people.” Every introvert has said this at some point after a long day of talking to people. Or maybe you feel a little bit burnt out being the only person who is carrying the conversation when socializing. That gets annoying.

You might feel some nerves knowing you’ll have to walk into a work event or group party later on. It can be daunting. Especially if you don’t know anyone or feel compatible with someone specific.

Sometimes socializing can be a lot of work. Especially small talk. This can breed anxiety and the desire to just sit in a corner and sip your drink.

Let’s be real. Some conversations can get boring or they’re the same basic topics.

If you’re an introvert, then you probably understand this. It’s probably why you say, “I hate talking to people”. It pulls so much energy out of you that you’d rather curl up on the couch at home and watch Netflix.

But before we get started we want to mention our course, Next Level Conversation. If you want to learn more about conversations and how to be more confident, charismatic, and likable, then check this out.

Ok, now that we’ve gotten that out of the way, let’s get to the deeper reasons why you hate talking to people.

#1 You’re not hanging out with the right people

The first question you should ask yourself is, “where do I feel comfortable talking to people?”

You might be draining yourself of energy by forcing yourself to go places you hate or talking to people you’re not compatible with.

Figure out where you think you’ll meet people with similar interests. you’ll start to see your conversations improve significantly and you’ll go from “I hate talking to people” to “I enjoy hanging out with my new friends.”

You can also check out more tools here to find people with similar interests.

Once you find a group of people you “vibe” with, the conversation will become easier. The key here is to meet people you “click” with. It’s important to understand we seek similarity in most of our relationships. Keep that in mind because the conversations and experiences will be easier and more fun!

#2 You don’t know where to start a conversation

Having a more structured way when socializing can help. Try having a game plan.

Before any social interaction, understand:

● Who you’ll be meeting?
● Why do you want to go?
● What will you get out of this social interaction?

Ditch the attitude of “I hate talking to people ” and turn it into a clear goal like “I want to meet new friends tonight”. Here you’ll create purpose and confidence.

But by going in with the right mindset, you’ll set yourself up for success.

Or, you can have a few conversation starters ready to go in your back pocket. Here are a few:

1. Tell me about your weekend?

2. What do you have planned for the weekend?

4. Do you suggest anything to do for fun here (or anything else such as a restaurant, food, etc)

If you want to learn more about conversation starters our course, Next Level Conversation will give you a full list. Check it out here.

Research shows that being depressed can make it very difficult to connect and express yourself when in social situations.

David Dunn continues to say that, “Depression will drastically reduce the motivation people have to socialize and when actually in social interactions, they will be less likely to mirror or resonate with the positive mental state of others. This hampered resonation will either break rapport with the other person or shift that person to a level of rapport closer to your “depressed” emotional level.”

Talking to a counselor or therapist can really help you better understand yourself and if you’re depressed. Click here for more information. If you sign up you’ll get 20% off too with this link.

Another resource to look into is called Talk Space. It a way for anyone to improve their mental health in a convenient and affordable way! You’ll get matched with a licensed therapist in your state from the comfort of your device, and receive ongoing support via secure messaging and live video sessions.

Without preparation, you’re probably relying on luck and hope.

If you’re full of anxiety during an interview, on a date, or at some random party, then most likely, it’s because you didn’t think about what you might say and how you were feeling

With preparation, you can significantly improve your social skills. Even a few minutes of planning where you write two conversation starters or get your mindset right can put you ahead of most people since the majority of people don’t.

4 ways you can prepare for the social scene:

1. Start small talk gradually
2. Create some attainable goals for yourself for the social event
3. Take a course about social skills
4. Identify and replace negative thoughts

Think local or international news topics (preferably positive news) a book you’re reading or anything you’re able to chat about easily. Going into any social situation ready with a few small talk starters/ conversation extenders will make your social life much easier and enjoyable.

#5 Your social anxiety is weighing you down

A 2008 study, published in the Journal of Anxiety Disorders, concluded that people with Social Anxiety Disorder were found to have social performance deficits – gaps in their communication skills that limited how they interacted. Holding a conversation is actually very difficult. It’s like giving a speech without knowing the subject, or the audience.

You also might be overanalyzing or making up situations that can fuel social anxiety. Can you relate to any of the following unhelpful thinking styles:

Mind reading – Assuming you know what other people are thinking, Seeing you in a negative way.

Catastrophizing – Blowing things out of proportion or being extreme. It will be “awful”, “scary”.

Personalizing – Assuming people are focusing on you in a negative way. “People don’t like me”.

While it might be tempting to withdraw from them in order to avoid further hurt, consider having a chat with them about the impact of their comments — a good friend will take care not to repeat their error.

#7 You have poor social skills and don’t realize it

You haven’t learned the right skills … Yet. That’s OK.

Conversations, like any other skill, are something that you learn. Saying, “I can’t hold a conversation,” is a lot like saying “I can’t ride a bike.” It’s not doomed to be true forever.

By learning what works and practicing, you’ll go from asking “why can’t I hold a conversation?”, wondering, “What was I so worried about?”

To learn how to improve your conversational skills, Check out our 9 Powerful Tips on How To Hold A Conversation.

Remember that starting a good conversation doesn’t rely on just one approach. By experimenting and better understanding yourself with the tips we offer here at Loopward, you’ll be able to map out your own methods for starting a conversation that will be unique to you.

Another thing, if you need someone to talk to, that’s a huge step forward to improving yourself.

Don’t let your shyness or social anxiety define your limits. With some practice, you’ll soon be a master at starting conversations.

Lastly, there is no “perfect line” to start a conversation because there’s no such thing as the perfect opener. It is you who can make any opener the best or the worst. Soon, you’ll go from, “I hate talking to people” to “I’m looking forward to meeting some new friends.”

What research and others are saying …

People who are “socially anxious” or “hate talking to people” are usually fearful about certain social situations because of a fear of negative judgment, embarrassment, rejection, or about others thinking they’re unintelligent.

Many people have physical symptoms, such as an increased heart rate, feeling sick, or sweating.

Neuroscience research suggests “awkward people” are similar to people with “high-functioning autism” or Asperger’s Syndrome—have less activity in their “social brains” and require extra cognitive effort when interpreting social cues. This is not only difficult and draining for them; it can also cause anxiety, which is probably why awkward people sometimes choose to withdraw from social contact altogether.

Psychologist Ty Tashiro’s author of the book, Awkward: The Science of Why We’re Socially Awkward and Why That’s Awesome explains, awkward people may be more likely to excel at systematic problem-solving tasks, as in math or science; to recognize patterns in a complex visual environment, and to persist in the areas that interest them.

Situations which may trigger the “I hate talking to people” feeling:

Being introduced or meeting new people
Being criticized
Being the center of attention
Being observed while doing something feeling judged
Feeling insecure and out of place in social situations (“I don’t know what to say.”)

People with social anxiety should know that their anxiety is irrational, is not based on fact.

Cognitive-behavioral therapy (CBT) is a great solution and research has concluded that this type of therapy is a great way to change certain behaviors. This means that change is possible for everyone.

What can you do now?

Talk to a close friend about the feelings you have about how you feeling when you socialize.

Get professional help. It actually works.

Prepare more when you go out to socialize

Download our Tool Kit for free (mini-course, blueprint, and more)

Check out our course, Next Level Conversation

Do you want more friends?

Or, click here to learn how to make friends! 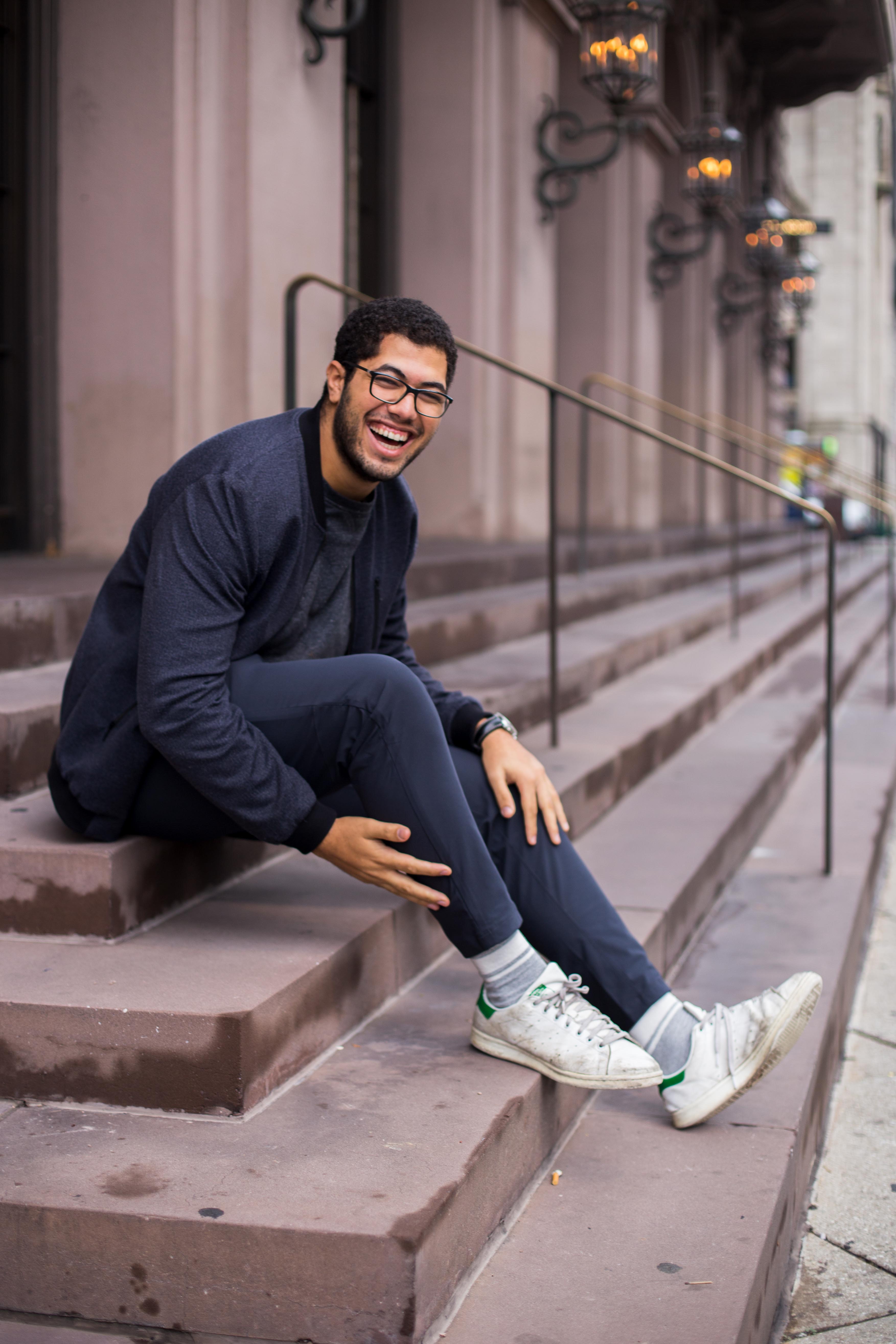 THE ONLY TOOL-KIT TO SUPERCHARGE YOUR SOCIAL SKILLS & CHARISMA

-And much more, all for FREE